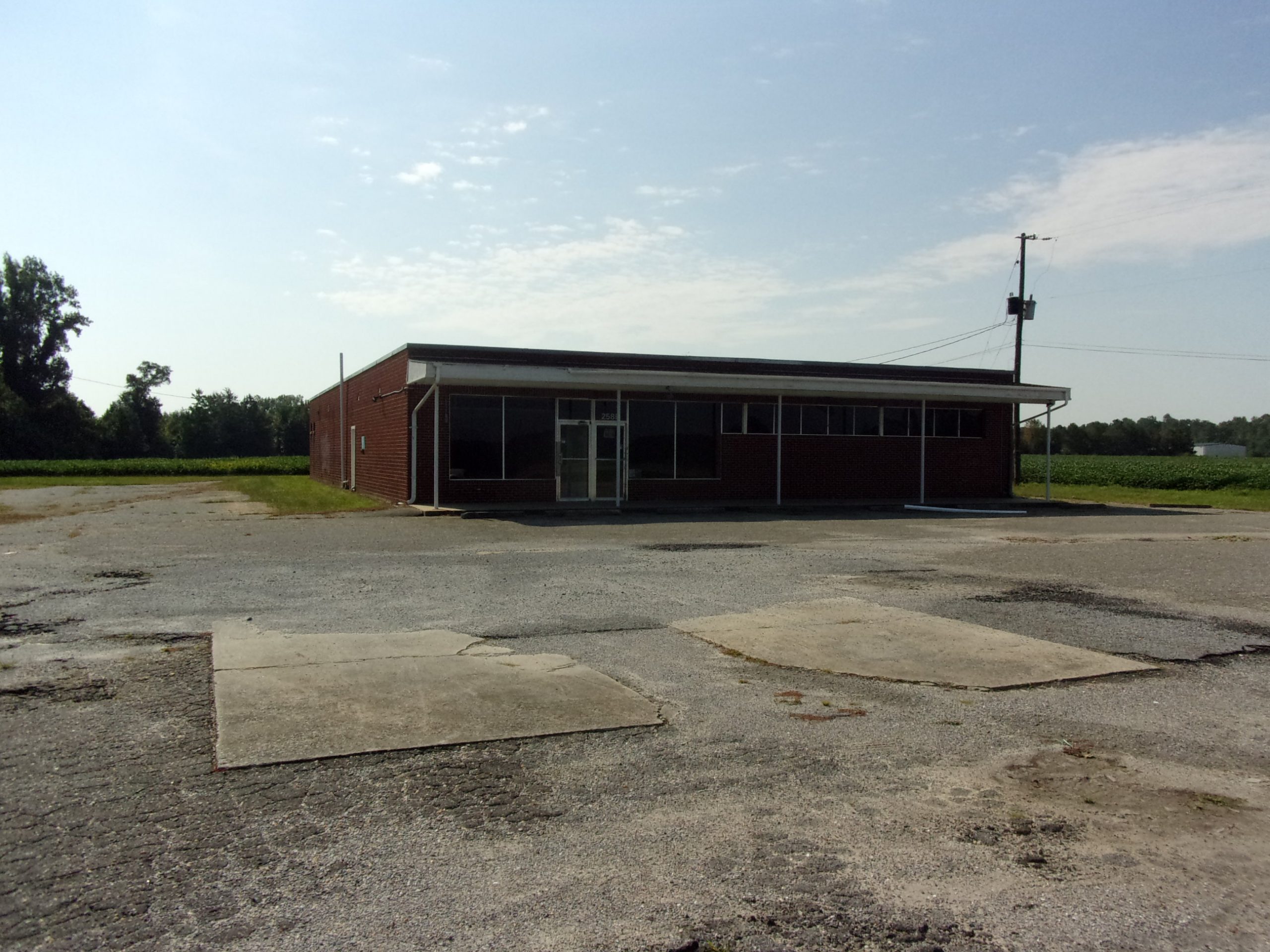 The Phase I ESA was completed at this property on September 20, 2016. This site is approximately 1 acre of an 81.89-acre parcel located at 2585 NC Highway 11 North. At the time of the inspection, the site was improved with one vacant 5,952 square-foot structure. The site was developed as early as 1956 as agricultural land. The current structure was constructed in 1964 and was reportedly used as a grocery store until approximately the early 2000s when the facility was used as a gymnasium.